Mindbody is a cloud-based club management and appointment scheduling solution designed for the needs of small to midsize businesses. The product is primarily used by gyms, fitness and personal training centers, salons, spas and massage centers, wellness centers, dance schools and yoga studios. Mindbody offers features such as scheduling with wait list management, appointment booking through Facebook, automated scheduling of email and texts and online bookings. Memberships can be managed through MINDBODY as well. Mindbody also features a toolset for marketing management. With Mindbody, notifications and alerts can be set up for customers, targeted marketing campaigns can be launched and marketing reports can be generated and assessed. Mindbody also offers staff management features, which include check-in and check-out management, role-based permissions, payroll management and calendar integration. Mindbody offers custom API access that enables third-party developers to integrate their platforms with the solution. The product offers a marketplace for applications that can be integrated with Mindbody, such as Spafinder Wellness 365, Xero, Perkville, RelateLOOP, Zcubator and WaiverKing. 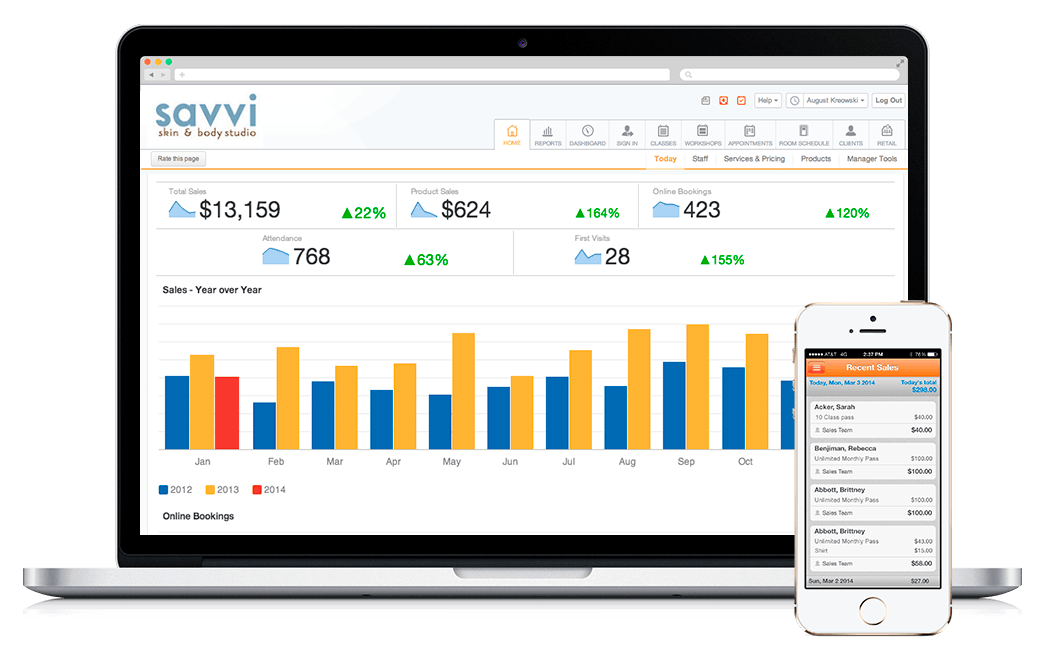 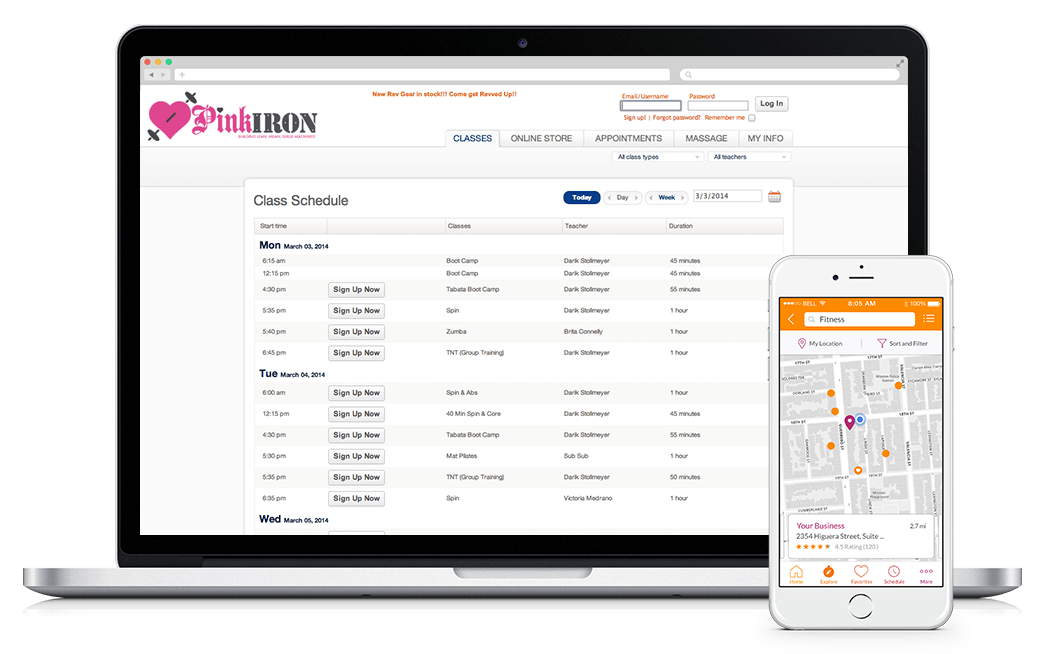 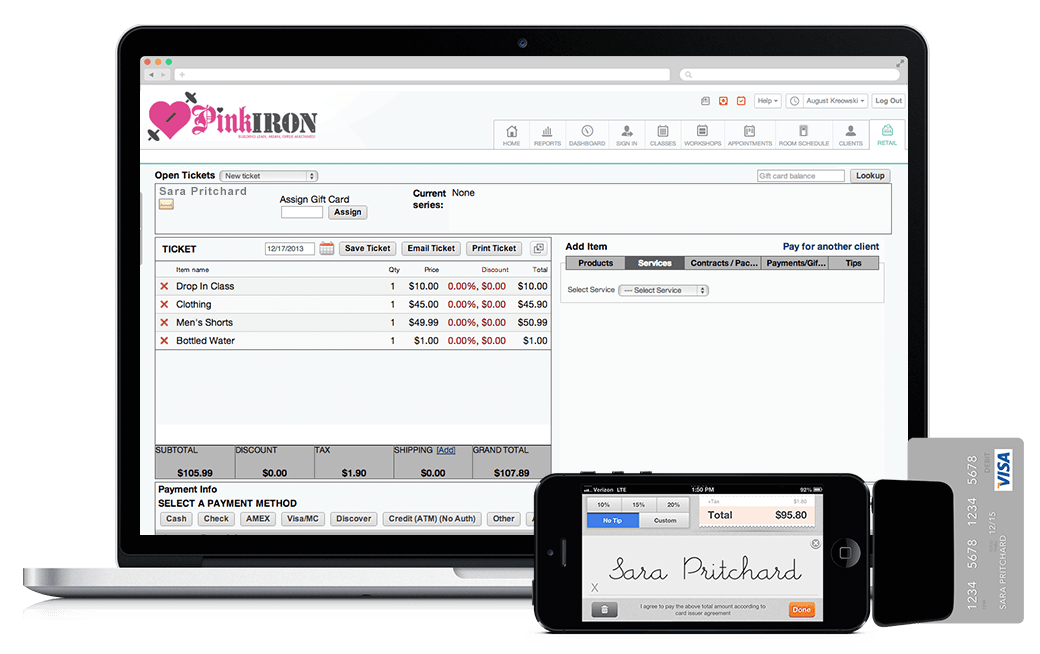 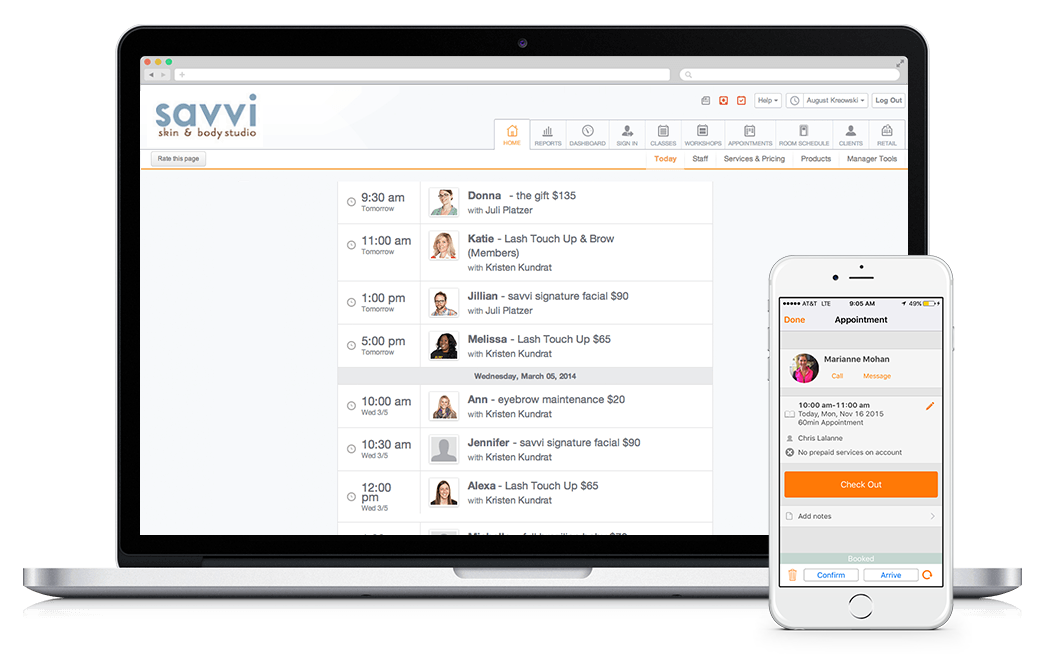 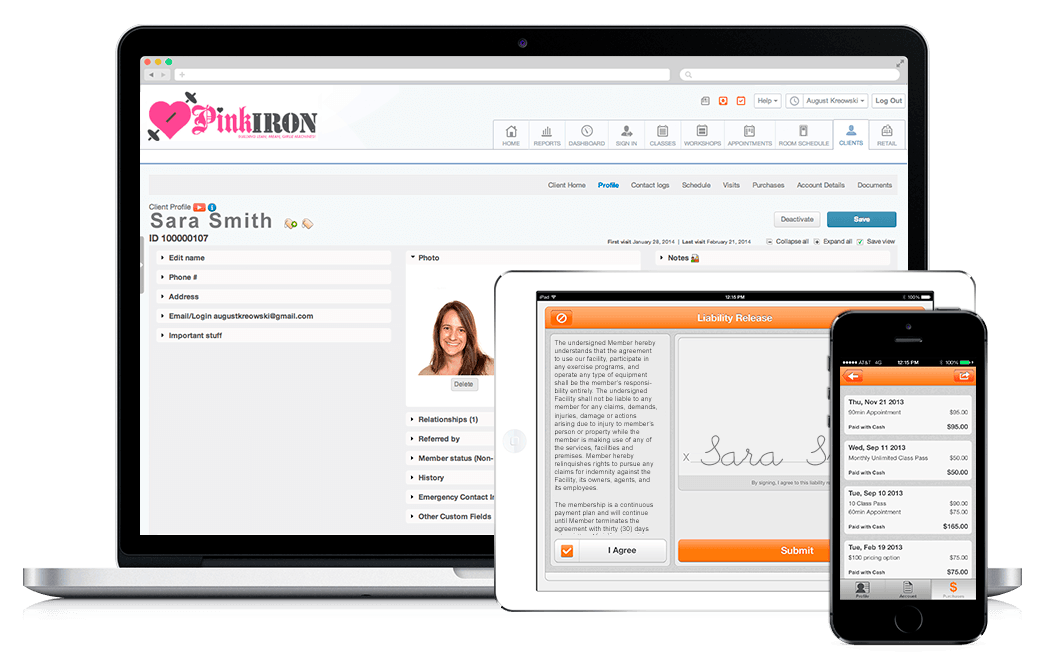 4,5 (Reseñas de 223)
WellnessLiving is a cloud-based business management solution for wellness studios of all sizes. The key features of the... Saber más
Saber más

Learn It and Use It

I can not state more clearly that Mindbody is the leader in what they do. They have their faults because of the way it was designed originally but they are working on those every day but no system on the market is better. I have a feeling that a couple years from now, they be much larger than what they even are now.

the old design structure of the base platform could use some updates, which they are aware of

Overall, MindBody is great and I don't think I've even used half of the features after several years of regular use. There is a way to do anything, and tech always provides good help.

There is a wide variety of ways that you can structure contracts and payments. The feature that allows you to attach PDF documents to each client helps towards operating in a more paperless manner.

Refunds and returns are a bit confusing. The product could also be improved with a better attendance system. They should improve the attendance feature. The sign in app apparently doesn't work and we have used a different sign in software.

MindBody So many options!

It was a great experience and I recommend it to anyone who has a studio that needs to keep track of their inventory, members, sales all in one!

This software has so many features, and sadly I don't even use half of them! It has a great way to keep track of your inventory, to have quick sales (water bottles, towel rentals) your memberships, drop ins, class schedules. Everything you need to run your facility quickly and with ease. When we started this software it was already partially set up, but I had to go back in and with the help of the staff team of MindBody, we set it up properly. Their staff team is also super helpful and they have many seminars and resources to help build your business.

It was a bit of a learning curve to set up - but that could also be due to it wasn't fully set up when I started working here. The other thing is the price, for our studio, we are too small to use it at the moment. I do miss the support team and the events!

Way too expensive for what you get. Currently the online booking App displays doesn't work

Not great. I have reached out to support twice in the past month regarding the issue with the App showing all the wrong appointment times and patients being unable to book. As this is the primary function of the software (and 5 times more expensive than my last software) I told them I need to get out of my contract so I can get a product that works, and they so far refuse, Even though they admit the App is broken. Their response is they can just remove my business from the App. (I pay for this, I want the features.)

It also often takes Support several days to respond to support requests, which is very frustrating when you're having a issue.

This Software is definitely not worth the $260 a month. I was paying $50 for Acuity and it was a better product, and I will be switching back as soon as I can get out of this contract.

It has a lot of features if you are able to figure out the quirks of the software. The Mindbody App can be really nice, (but right now mine is broken and is limiting the ability for patients to schedule.)

First off, there is no trial period or Demo that allows you to play with the software and soft launch for you to test to make sure it works for your application, and they force a 12 month subscription. A lot of things they told me the software could do, that it does not in fact do. I learned the hard way that this system is geared much more towards classes and not services. A lot of features I was told to work are things like the waiting list feature, but that is only for classes. (it was a huge reason why I picked the software.)

The software can be really clunky and is way too finicky. I have used 4 or 5 different booking platforms in the past and this by far is the least user friendly.

The services widgets that go on the website are nowhere near as modern looking as the class widgets, the widget on my website looks like it came straight out of Windows 95, which on a nice designed website looks terrible.

The biggest issue, that has apparently been going on for more than a month is that the Iphone App apparently has a bug that has caused my office's availability to show completely wrong times to book. When I log in under the patient app it shows times available for booking that I am not even in the office for. When a patient goes to book one of those times a error pops up. I had several patients reach out to me for a matter of weeks telling me they were having issues booking which I thought was user error but Mindbody confirmed it is on their end.